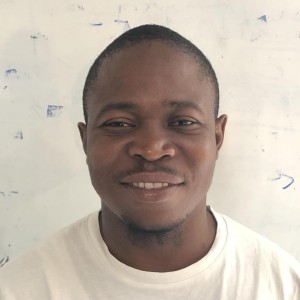 UPDATES ON THE NATIONAL EMERGENCY ON RAPE

On the 12th February 2019 the President of Sierra Leone, His Excellency Rtd brigadier Julius Maada Bio declared national emergency on rape in Sierra Leone at state house in Freetown. Rape has become alarming in Sierra Leone and 3000 children are estimated to have been victim of rape and sexual violence in the last quarter of 2018.

Don Bosco Fambul is a child protection organization that provides safe home for victims of rape, sexual violence and other forms of abuse. The President invited don Bosco to be part of the launching due to this tremendous job in the country. He also explained to the public about their work done so far in providing safe homes for children who are raped on a daily basis.

In his statement the president made key pronouncement about the national emergency, he stated that from that day henceforth anybody that rape a minor would be sentenced to life imprisonment and also should be charged with an aggravated offence alongside the charges of rape.

He also stated that a special unit in the police should be set up that will specifically deal with issues of sexual offences in the country, he furthered that all government hospitals should treat victims of rape for free.

The president Julius made bio also stated that with immediate effect rape cases should be attended to as a matter of urgency and therefore special judges should be assigned to specifically deal with rape cases.

In his statement the deputy director of Don Bosco Fambul who made a statement on behalf of the institution said don Bosco provides a safe home for the children and therefore since 2012 to now it has managed 500 cases of sexual abuse, child cruelty and other forms of abuse with 95% of cases of sexual related offences.

Samuel Thomas Bojohn informed the gathering that don Bosco has been collaborating with other agencies like the rainbow center, the ministry of social welfare gender and children’s affairs, the Aberdeen women center to provide services for the children ranging from, psychosocial support, medical services and legal service and also family tracing that eventually leads to family reunification as the case maybe.

Following this proclamation we wish to inform the general public that a working group has been constituted to develop and review the sexual offences act of 2012, the health policy of Sierra Leone and also to develop a policy to create more safe homes across the country. It has also created a special police unit otherwise known as operation SAS. The constituted group also has a special legal committee to look at the laws and how it can be review.

Finally we also wished to inform the public that a nationwide sensitization will be launched soon to popularized the proclamation of national emergency on rape and sexual violence and to explain the legal ramification for all victims and we also wish to tell the public to report cases of rape and all forms of abuse through the Don Bosco toll free line 323.