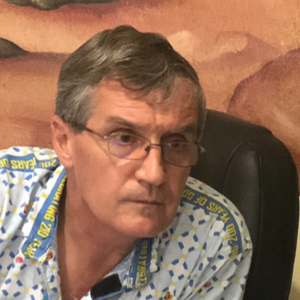 In Africa witchcraft is a very serious thing. So serious that it can be a matter of life or death for the accused.

“I don’t believe in witches, but there are witches.” It’s the popular saying translated from Galician, but that’s how most people in Sierra Leone think. For first world viewers, good and bad sorcerers, black magic and white magic may be nothing more than mere entertainment. And if they exist, they belong to a distant world.

But in Africa witchcraft is a very serious thing. So serious that it can be a matter of life or death for the accused. Last week the police brought Don Bosco Fambul to Ibrahim, Lamín, Mohamed and Marinet, all accused of murder for witchcraft. The story is simple: some people died in the neighbourhood, and relatives, neighbours and an evangelical preacher pointed the finger at the culprits: three children aged 10 to 12 and a small one aged 8.

They don’t understand what they are accused of or why. They were left 24 without drinking water and 72 hours without eating. The marks on their bodies are the result of the efforts of the inquisitors to make them confess that they were witches. Obviously, they preferred to fast and be beaten rather than confess what they are not. Today they are safe in Don Bosco and do not want to return to the neighbourhood or to their families. Mohamed asked me not to let them go home again “because we are going to disappear, they are going to eliminate us”. Don’t worry, they’ll stay with the Salesians.

Another story is that of Eustace. He was 13 when I found him in a police station in Freetown. They asked me to take him with me because they accused him of being a sorcerer. “A maid who worked for the family has passed on his powers,” they said. “Here, some are born witches and others are made witches. This one they did. Eustace has been with us for two years, lives in one of our family-groups and goes to high school. He is the first of his class and his only powers are intelligence, loquacity and kindness. A few days ago he told me that if he manages to go to university, he will study law to defend the children of Sierra Leone.

I confess that I don’t know if witches exist or not, but I do believe that good and evil are at war and that the battlefield is the human heart.

“What comes out of man defiles man, for from within, from the heart, come evil thoughts, covetousness, wickedness, deceit, envy, slander, pride and foolishness” (Mt. 7:20-22).